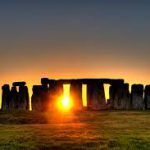 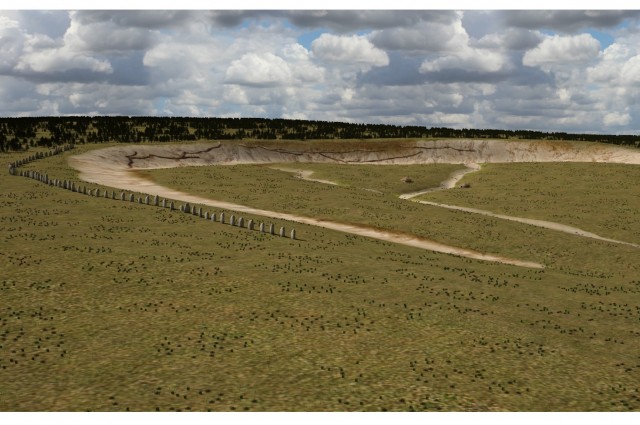 Researchers say they have made one of the most significant archeological findings in British history: a vast stone monument underground, dating back 4,500 years, which is part of a “super-henge” that dwarfs Stonehenge by a factor of 12.

The incredible discovery was made beneath the Durrington Walls super-henge, which is about 1.5 kilometers (0.93 miles) wide and located about three kilometers (1.9 miles) from Stonehenge in Wiltshire, U.K. The newly discovered monument consists of about 90 stones buried under the site’s banks. If confirmed, it would be the largest Neolithic monument in Britain.

The discovery was made using ground-penetrating radar to scan the area. Some of the stones, which are up to 0.9 meters (three feet) underground, are as tall as 4.5 meters (15 feet). They are thought to be sarsen stones – sandstone blocks found mainly on the Salisbury Plain and elsewhere in Wiltshire.

“This discovery of a major new stone monument, which has been preserved to a remarkable extent, has significant implications for our understanding of Stonehenge and its landscape setting,” said Professor Vincent Gaffney of the University of Bradford, who co-led the research, in a statement.

“Not only does this new evidence demonstrate a completely unexpected phase of monumental architecture at one of the greatest ceremonial sites in prehistoric Europe, the new stone row could well be contemporary with the famous Stonehenge sarsen circle or even earlier.” 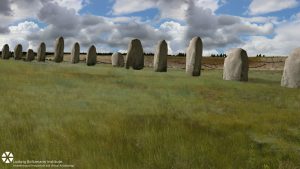 The discovery was made as part of the Stonehenge Hidden Landscapes Project, a five-year venture to investigate the area, and was announced at the British Science Festival in Bradford. The monument is thought to have been a ritual site, but the stones were deliberately tipped over before being incorporated into the bank. The stones are along the southern arm of a C-shaped ritual enclosure, which faced towards the River Avon.

“We don’t think there’s anything quite like this anywhere else in the world,” Gaffney told BBC News. “This is completely new and the scale is extraordinary.”

There are no plans to excavate any of the stones at the moment, but archeologists have warned that the proposed A303 tunnel under Stonehenge could threaten undiscovered sites like this.