THE FANUM VOLTUMNAE IN BOLSENA 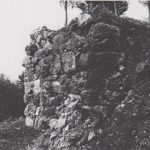 For thirty years Angelo Timperi has been the archaeologist of the “Soprintendenza  degli Scavi Archeologici  per l’Etruria Meridionale”, in  particular he was responsible for the eastern shore of  the lake of Bolsena. In 2010 he published “Il Fanum Voltumnae a Bolsena” (“The Temple of Voltumna in Bolsena”), a detailed study of the Etruscan remains and temples in the city of Bolsena, proving, with convincing evidence, that Bolsena was the Etruscan Volsinii, the religious and geographical center (Omphalos) of the Etruscan confederation. The major temple (“fanum”) of the twelve Etruscan tribes, consecrated to the national god, was located there. Dr. Timperi’s book clearly shows how, during the numerous studies and excavations, the true history of Bolsena had been misunderstood and then obscured, producing a serious forging of Italy’s ancient history and origins.

In the introduction of his book, Timperi writes:

“I wrote under the title “dedicated to Voltumna”, but I should have added, almost as a reparation, “and dedicated to Bolsena and to the many who in the past understood that the great Etruscan Velzna was Bolsena, and this they always believed with tenacity, in disagreement with those who did not accept ideas which were opposite to their opinion”.

I am sorry, but to report that in spite of the large amount of archaeological data and epigraphic evidence in the national museums and in private collections in many parts of the world, still today many archaeologists, including those of appreciated fame, perhaps victims of rigid specialization,  repeat with obstinacy that the Etruscan town of Velzna is Orvieto. Thus Bolsena would then be nothing more that a place founded by exiles, having escaped destruction of the old town (Orvieto) and spared by the Romans.

In the catalogue of the recent exhibition on the Etruscans (Rome, Palazzo delle Esposizioni, 2008/9), we can find a map concerning the Etruscan towns (pag. 271), with the indication of Orvieto, not only by  the name Velzna – a clear emblezzement, because such name was never found in Orvieto – but also with the name of Volsinii: Bolsena is indicated only as Volsinii Novi, with the addition of the  adjective, “novi”, this is not to be found in any archaeological evidence or historical source.

There is a will to distorting, at any cost, the reality of archaelogical data for a prefabricated conviction, without respect for historical truth nor for the public.” Timperi, 2010, pag. 4-5).

With a meticulous research in the archaeological area of Poggio Moscini, the hill over Bolsena where the archaeological park is located, Dr. Timperi outlines the main templar part of the Etruscan Volsinii. In chapter 10 of his book he writes:

“The whole western side of the hill of Poggio Moscini, a monumental terrace open over the lake, was a sacred  area of exceptional importance, with the temple of Fuflunz (temple A) in the north, the Voltumnae temple in the center (temple B), and Tinia temple in the south (temple C).

There is a full prospective, open towards the lake.

The special composition of Etruscan sacred architecture in Poggio Moscini, with the major temple at the center of a vast courtyard, surrounded on the sides by a long porch, resembles the large sanctuaries of Greece and Magna Grecia, and there are also similarities with the structure of the later temples of Juno, in Gabi, and of Heracles, in Tibur.

In those sacred areas, expecially from the beginning of the fifth century B.C., in the fore space of the major temple and in a regular axis with it, usually we find an altar and the theatre for the sacred misteries. The author concludes his book in this way: “Especially from the fifth century B.C., there was a monumental sacred area in Poggio Moscini, arranged with a project of extraordinary architectural grandeur, with at least three big sanctuaries. Included between the temples of Fuflunz (A) and that of Tinia and Aplu (C), temple B stands out in a central and dominating position, erected over a base-terrace more than hundred metres large, highly visible from every side of the volcanic crater.

This is the temple that, just by its monumentality and particular position on the mouth of the volcano, with good reason I think  was the temple of Voltumna.” (Timperi, 2010, pag. 94)

Timperi shows, using a rich amount of photos and graphic reconstructions, how in the templar area of Poggio Moscini until now, only the presence of “Roman” walls has been highlighted, whereas there is no mention of the numerous and highly visible Etruscan walls, clearly belonging to an older temple; and so an essential part of the study of the templar area of Bolsena must still to be done.

The incomplete research and excavations which took place until today in Poggio Moscini, are revealed in Timperi’s exaustive study. So his work on Etruscan Bolsena is a fundamental step for a new kind of archaeology; intended for a research free from prejudices and from preconceived ideas.

Dr. Timperi’s book is based on pieces of concrete evidence and on accurate archaeological data which cannot be ignored or underestimated or quickly pushed aside.

One thought on “THE FANUM VOLTUMNAE IN BOLSENA”